Mehndi marks a Samskra, or rite of passage, in a woman’s life.  Bridal henna is one of the oldest and most widespread classical Indian traditions.  The bride has to sit still for several hours, her friends and family dance and sing songs to entertain her, and bring her treats. Henna parties also happen throughout the eastern Mediterranean, Morocco, the gulf states, and in many expatriate communities throughout the world.
Mehndi retains an aura of festivity, well being and sacred practice intended not to just beautify the body but to invite grace and good fortune into one’s home, one’s marriage and one’s family.  The true functions of mehndi is to entice, to protect and to celebrate.  Some brides get their future spouse’s initials hidden into their mehndi design.

Traditional bridal mehndi is very elaborate, covering the front and back of the hands, palms, feet and legs. GypsyMoon’s Artists will work with you to create designs unique to you.

**Bridal Mehndi party package and consultations are available upon request. 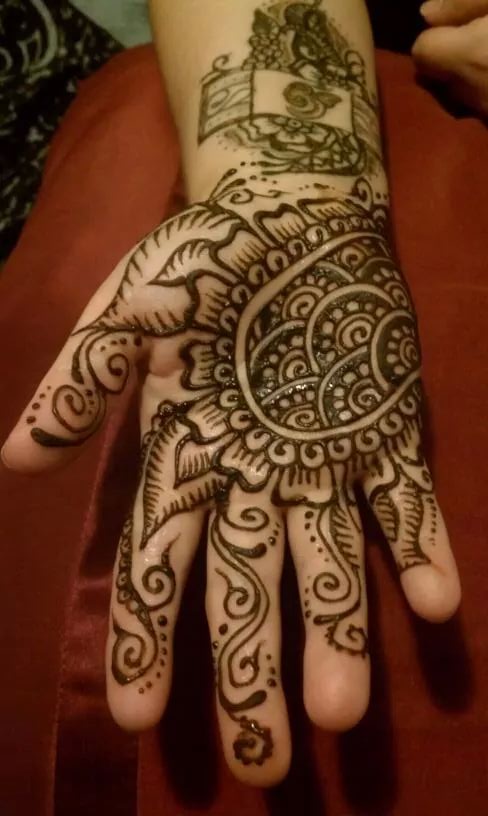 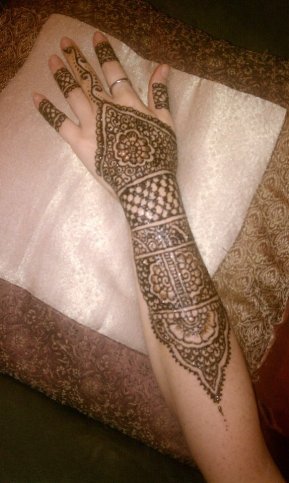